Why my garden likes toilet paper and freezers

Despite the snow that has begun to fly again, spring is in full swing at our house. I’ve got two little things to show you that happened this weekend, both ideas for repurposing objects for the garden.

I started a bunch of seeds, using plastic salad containers as usual, but I also tried using toilet paper rolls in place of peat pots.

Just cut the rolls in half, fill with soil in a tray, and away you go. I didn’t dream this up, though I can’t recall where I got the idea. I normally use cardboard rolls for browns in the compost, so I know they’ll break down nicely; I’m just hoping the broccoli I’ve planted (trying ‘Sun King’ this year) doesn’t mind me experimenting on it.

Project two is something I’ve been thinking about for awhile. I’ve been debating investing in a compost screen (for sifting finished from less finished compost) but I keep thinking I could probably invent something just as good. Most of the designs I’d seen were either too flat, screened too fine, or were too small to be useful for me. 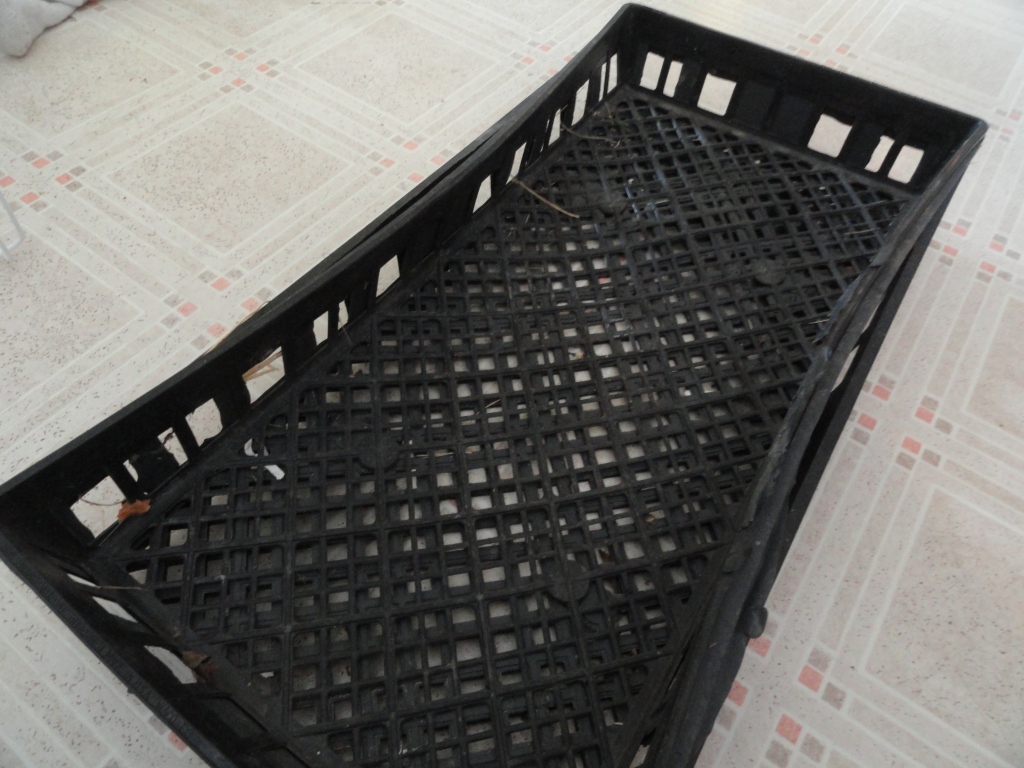 I’ve tried layering a couple of mesh-bottomed plant trays from the greenhouse, which has worked all right, but it doesn’t hold a lot and the plastic has warned me this is a temporary solution. Then the other day I was out in the barn and my eyes rested on an old coated-wire basket from a deep freeze. I’d used it for various storage applications in the past, but suddenly I saw its true destiny: with a little more wire woven on to it, it would become a sturdy, wide-meshed, large capacity compost screen. 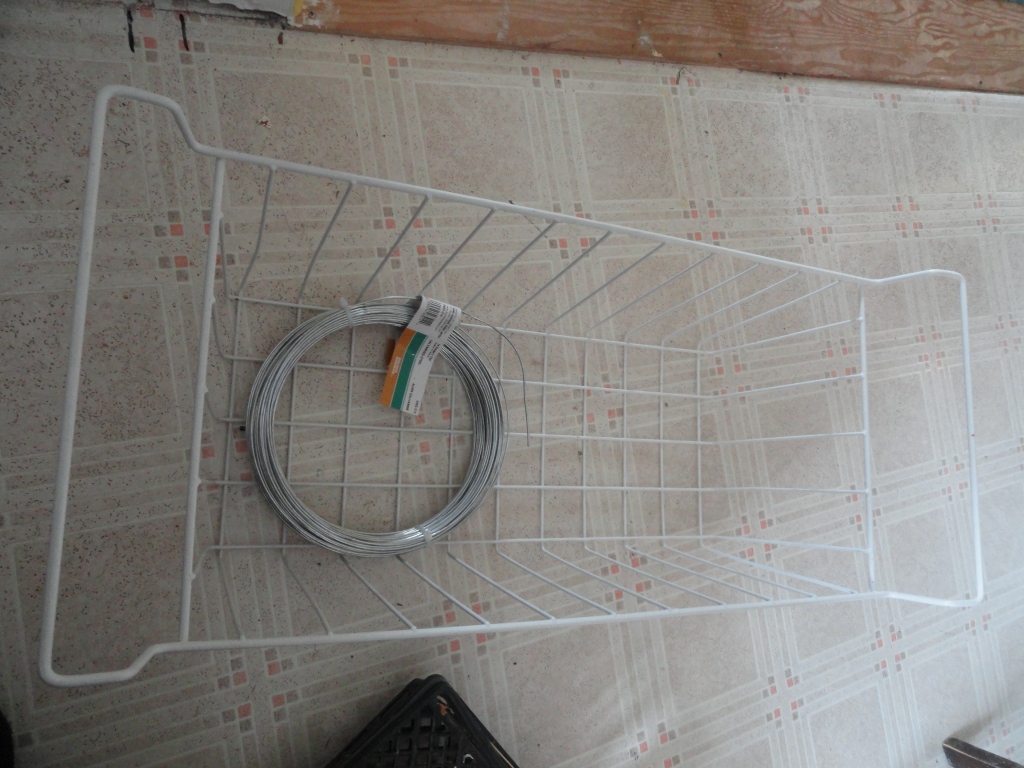 A roll of galvanized wire from the hardware store and a couple of hours in front of the T.V. and it’s done. I’ll just have to wait until the snow is done before I can give it a test drive.

Threading wire over, under, over, under, when I could have just pointed and clicked might seem ridiculous to you. Toilet paper rolls in your seed trays may offend your aesthetic sensibilities. But I kind of like the feeling of something from nothing. And of sending less to the landfill.

One response to “Why my garden likes toilet paper and freezers”